Our current and previous funders. Get in touch with shane@mangorol.la (01225 326892) to talk about how I’m an Engineer can help you meet your STEM engagement aims.

STFC research addresses topics as fundamental as: The birth of the universe to the solar system we live in, Understanding how the heavy elements are formed in the violent explosions of stars, Is it possible to complete or go beyond the ‘Standard Model’, for example using what we’re learning about the recently discovered Higgs particle.

The STFC, part of UK Research and Innovation, keeps the UK at the forefront of international science. STFC draws on many aspects of science and engineering, working with academia and industry to share its expertise in materials science, space and ground-based astronomy technologies, laser science, microelectronics, wafer scale manufacturing, particle and nuclear physics, alternative energy production, radio communications and radar.

The STFC are funding four zones over two years through a Legacy Award, most recently a Detection Zone in November 2019. They have funded Milliampere Zone in June 2019, and  Energy Zone in March 2019.

The UK Space Agency is responsible for all strategic decisions on the UK civil space programme and provide a clear, single voice for UK space ambitions.

A key goal in the current UK space strategy is to increase awareness among the general public of the UK’s space programme and of the role that space plays in everyday life.

Thanks to funding from the Space Exploration Education and Outreach Award Scheme, this year the UK Space Agency are funding the ExoMars Rover Zone. 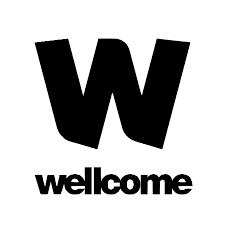 Thanks to continued funding from Wellcome we’re running zones on biomedical engineering for the next five years. Previously, Wellcome funded 8 zones between 2014 and 2016, thanks to a People Award.

Wellcome are dedicated to achieving extraordinary improvements in human and animal health. They support the brightest minds in biomedical research and the medical humanities. Wellcome’s public engagement grants are intended to promote interest, excitement and debate around science and society. With this grant we hope to show that engineering is not just about Maths and Physics. Biology and Chemistry play a very large part too.

Thanks to the Royal Academy of Engineering (our main funder since 2012) we’ve been awarded an Ingenious Grant to run 5 more school zones in 2017 and 2018 covering different areas of engineering. The grant is also to run a public zone for families, to develop the website, and widen participation in the event to schools that receive few in person visits from STEM professionals.

RAEng are the UK’s national academy for engineering, and bring together engineers from all disciplines to promote excellence in the science, art and practice of engineering.

Most recently in March 2018, RAEng funded the Millimetre Zone, a general zone for engineers from different disciplines.