I’m an Engineer, Get me out of here is back this June with students from nearly 50 schools talking to 30 engineers across 6 zones. 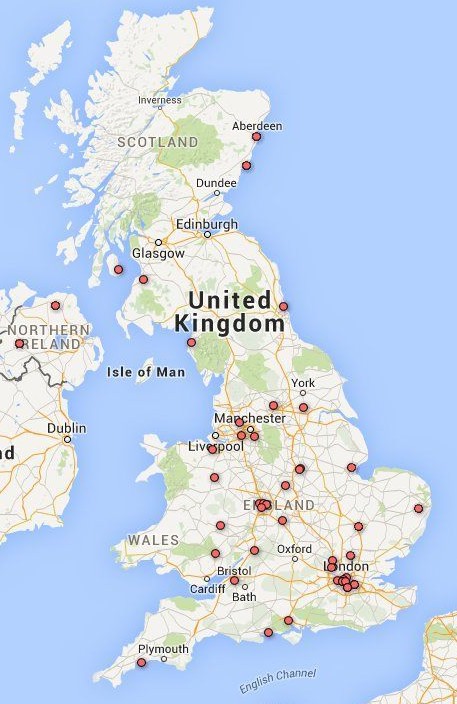 UK schools taking part in I’m an Engineer this June

The engineers will be competing for the school students’ votes in two weeks of fast-paced live chats and questions on everything from satellites, to 3D cameras, to making drugs, to adapting to climate change.

This zone is funded by the Wellcome Trust.

We design and make bones and muscles.

I am developing a therapy to regenerate bones in the human body.

I am a medical engineer, I design equipment that goes inside your body and in hospitals to help keep people alive and save lives.

I am researching the mechanical behaviour of the spine.

I help to restore peoples hearing, and enable babies to gain language.

This zone is funded by the Science and Technology Facilities Council.

I use engineering principles and the world’s biggest supercomputers to study dinosaurs, nuclear reactors and aeroplanes.

I design buildings to be low energy AND comfortable.

“The hot and the cold are both so intense, put them together, it just makes sense” – Olaf from Frozen; I study heat flow and solar energy.

My job is to give YOU power! I work out how to get oil and gas stuck deep underground to power stations to make electricity so you can watch TV, have hot showers, and snapchat your friends!

I use weather information in a clever way to stop your house flooding when it’s raining heavily.

I look at how buildings fall over in earthquakes and what we can do to stop them!

I work for National Grid looking at the pipelines that carry gas around the country and figuring out where we need to build new ones or spend money to improve the current ones.

I’m working hard to make your homes and places of work more comfortable AND cheaper to run.

This zone is funded by the Wellcome Trust.

I join chemistry and biology with engineering to help make machines that can test for diseases quickly and easily.

I use the science of fire, buildings and people to design better buildings, including hospitals, airports, sky scrapers, schools and more!

I work in hospitals, and I check and fix all kinds of equipment – from blood monitors to wheelchairs – use loads of ways of measuring the way bodies work, and even give people (little) electric shocks to help them to walk!

Finding quicker and easier ways to monitor the quality of drugs in the early stages of manufacture.

Space for All Zone

This zone is funded by the UK Space Agency.

I design and build spacecraft to learn more about the solar system, including our own planet Earth – my work gets launched into space!

I design and build things for people to solve problems in space and at the bottom of the sea.

My jobs is to make sure a new spacecraft, that is to look for planets around other stars, stays at just the right temperature: not too hot and not too cold.

I founded & run a business that designs cool technology for spacecraft.

I use a big machine to break a strong material known as a carbon fibre composite which is used to build space craft!

This zone is funded by the Science and Technology Facilities Council.

I work with people around the world to design cooling systems in cars which are the bits that stop the engine catching fire!

I am an engineer working in space industry analysing and predicting the performance of spacecraft structures.

Protecting millions of businesses, homes and lives from effects of climate change and champion for the environment.