What’s been happening this June in I’m an Engineer, the online STEM outreach event 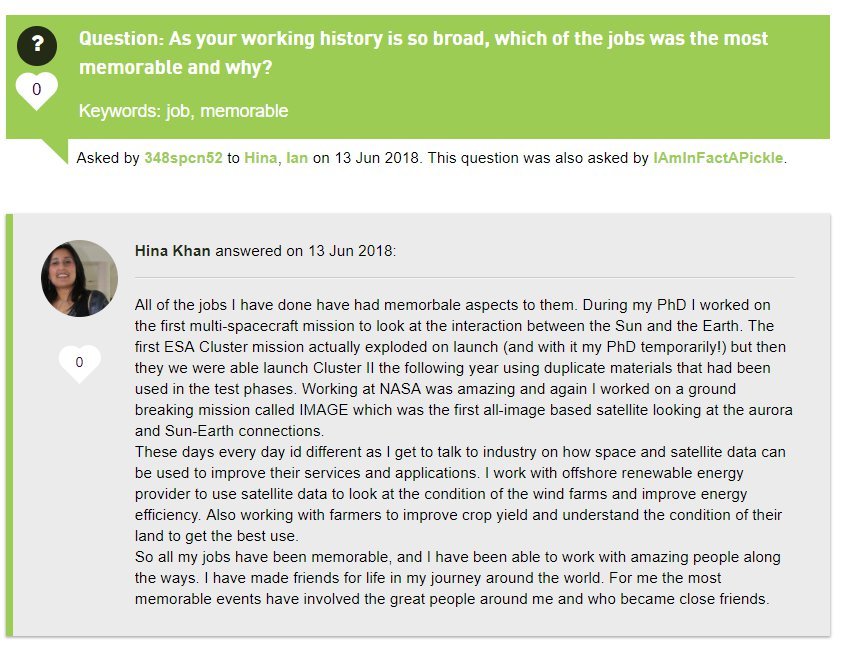 When you say your research is exploding….

Over the last week, students and engineers have been engaging online in I’m an Engineer, Get me out of here. Together they’ve talked about everything from teaching robots sign language, Mercury’s “funny” orbit, jobs before engineering and science, whether humans could live forever, the irrelevance of being popular at school, to being destructive at work.

There are two themed zones in the event this March: Space Zone funded by UK Space Agency, and the Artificial Body Zone, supported by Wellcome. See all the engineers and schools taking part in the event here.

In total, after the first seven days, there’s been:

"Does your #Engineering ever interrupt with your social/family life?"

The competitors in @spacegovuk Space Zone are facing some challenging questions from school students in the chat this afternoon:D
Watch along until 1610 at https://t.co/NC5WMICOFY#YOE pic.twitter.com/7T8ZCLVMBH

If all this has got you wanting a piece of the action, then apply for the next I’m an Engineer, taking place 5th–16th November 2018. Or, if you’ve taken part already, tell your colleagues to sign up!

This June there’s still much more to come for British Science Week. From 3pm on Tuesday the pressure starts to mount as the first engineer is evicted from each zone, with another following each day after. Who will survive to stay in the running for the £500 prize? Find out before anyone else from the announcement in the staffroom each day until the winners are announced this Friday 22nd June. Best of luck to all the engineers!

Posted on June 18, 2018 by in News. Comments Off on What’s been happening this June in I’m an Engineer, the online STEM outreach event